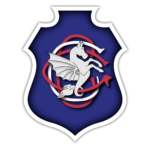 “The object of the Club shall be the encouragement of sport in Northern Siam. For the Club to achieve this goal it should be managed so as to meet the needs of the members and their guests from time to time, and be run as a profitable enterprise where all profits are circulated back into the Club for continual improvement.”

The Foundation of the Gymkhana Club

On 6 April, 1898, a group of people (mostly British) led by a Mr W.R.D. Beckett met to discuss the imminent purchase of a parcel of land near the east bank of the Mae Ping River known as “Ban Muang Khai Land”. Following lengthy discussions and negotiations the land was ultimately purchased. A subsequent meeting was then held on 7 May, 1898 to execute a Deed of Gift of the land to the club under the name of the Chiang Mai Gymkhana Club.

The Club was then officially formulated by those same foreigners and by the year 1907 the club was already comprised of 91 full members, Patrons and 3 honorary members. Only a few of these members were residents of Chiang Mai at that time and meetings were generally attended by more than a dozen people.

The land known as “Ban Muang Kai Land” was sold on the 21st May 1898. A Deed of Gift making over the said land to the purchasers was drawn up. The first meeting of “The Chiengmai Gymkhana Club” was held on 19th August 1898, during which the first committee was elected

The Club was established by and for those foreigners, mainly British, working in the north of Thailand. By 1907 there were 91 full members, Patrons and 3 honorary members. Only very few of these members were resident in Chiang Mai and meetings were seldom attended by more than a dozen people. 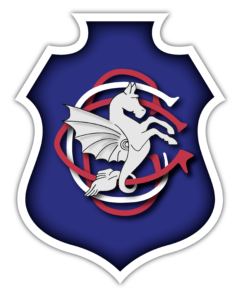 The famous winged horse is something of a mystery. On August 8th 1903 it was decided to use the insignia designed and submitted by Badman and Co. that of a “Winged Horse” centered on a dark blue background flag.

The Royal Family of Chiang Mai did, on occasions, use the insignia on their cars, but they probably took it from the club rather than the other way around.

The term Gymkhana is probably a fictitious word based on gend-khana (ball house) the usual Hindi word for an English racquet court.

From about 1861 this name was commonly used for the British sports clubs. which sprang up throughout Asia-Bombay, Rangoon, Bangkok, all the way to Chiang Mai

In recent years “Gymkhana” has become a pony meet where various games and jumping took place. Riding and in particular, polo and racing were of course a very important part of the early Gymkhana clubs as is proved by the records of the minute books of the Chiengmai Gymkhana Club.

Prior to the AGM in 1973 the Chairman conducted a ceremony at which the marble tablet (above) commemorating the 14 founder members of the club was unveiled by H.S.H. Prince Rawiphan Phairoj.

Probably the most notable of the founding members was Louis T. Leonowens the son of Anna, of “Anna and the King” book and the musical “The King and I”.

He served in the impressively named Royal Siamese Cavalry, serving alongside Captain Jensen in Lampang during the Shan rebellion in 1902. He was also a relative of the actor Boris Karloff, of Frankenstein fame.

The British playwright and novelist, Somerset Maungham wrote, when he     visited the Gymkhana club while touring through the Chiangmai district in the 1920s,”although horse racing is no more,there are excellent facilities for golf,tennis, squash and cricket.

The Gymkhana club is well worth a visit and provides a chance to take a step back into a different kind of Thai history.”

His observation still applies to this day, 95 years or so later.

The grand old Raintree stands magnificent against the backdrop of the old club house and is the the best known icon of the Club and surrounding area. A member of the legume family and highly valued by local farmers for it’s shade and nutrious pods, the Gymkhana Raintree is estimated to be over 150 years old. So huge now it needs strong supports for some of its more lengthy branches.

To celebrate the centenary of the Club a commemorative book was published (above) compiled by the long-time resident and history buff, John Shaw MBE. John was Honorary British Consul in Chiang Mai from 1990 to 1995. He served on the Committee as Secretary and Treasurer.